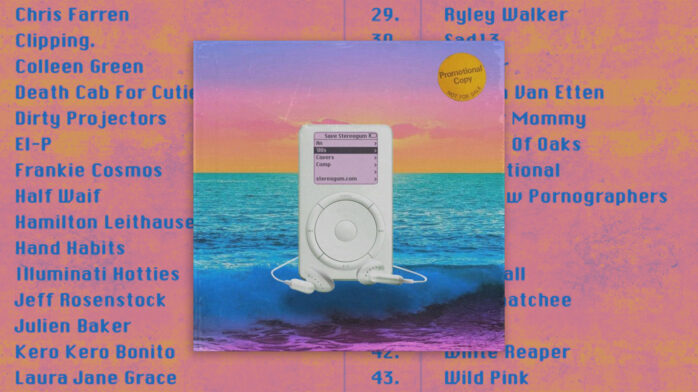 At the start of 2020, Stereogum became fully independent once again after founder/Editor-in-Chief Scott Lapatine bought the site back from former parent company Billboard. The site is now facing financial uncertainty due to the lack of advertisement during COVID-19, and is hoping to see the light of its new independence with an Indiegogo campaign. The rewards? Shirts, gum (yes), and an ‘00s covers compilation featuring Laura Jane Grace, El-P, The National, PUP, and more.

The compilation features over 40 artists contributing brand-new recordings, each covering a song from 2000–2009. Mac DeMarco, Death Cab For Cutie, White Reaper, The New Pornographers, and Ty Segall are just a few names that make the impressive list. The release—available for a $20 contribution—will only be available to those who pledge their support before the campaign ends on August 13.

Stereogum, founded in 2002, has garnered a massive following over the years, no doubt due to its music-and-nothing-else editorial approach that got the first scoop on artists like Vampire Weekend, Arcade Fire, and Billie Eilish. It’s rare to see a site essentially buy back their complete freedom; consequently, it sucks to be independent during a pandemic. Chip in to help save Stereogum here.