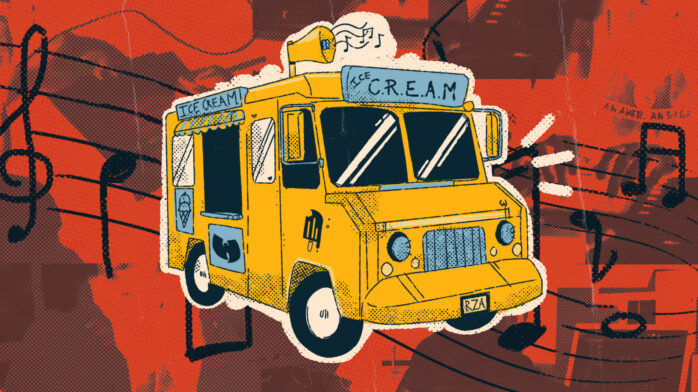 Unless you’ve researched the roots of popular music in pre-Civil War America (some of us like doing research, okay?), you might only know “Turkey in the Straw” as the old-timey song you sang in preschool and as the nagging, tinny jingle blaring out of just about every ice cream truck in every American city, all summer long. But like so many other seemingly harmless bits of our history, it’s got kind of a fucked up past. Specifically, it was a big hit on the minstrel show circuit back in the 1800s, and the lyrics you learned in daycare were (hopefully) not one of the many blatantly racist versions that went the 19th-century equivalent of quadruple platinum.

No one wants a side order of historically entrenched racism with their Strawberry Shortcake Bar, so frozen-treat icons Good Humor have taken it upon themselves to change the tune of ice cream trucks from coast to coast by teaming up with hip-hop icon the RZA to create a jingle to replace the problematic standard. While it’s fun to imagine imagine children swarming for ice cream to the gritty, neck-snapping sound of 36 Chambers-era Wu-Tang, RZA opted to keep it classic with chiming bells and a catchy melody that will soothe the ears of anyone who’s ever had an ice cream truck blaring “Turkey In the Straw” outside their building for an hour straight. And plus, like we said before, it’s not racist!

Good Humor’s making RZA’s jingle free for any ice cream truck to use. Hopefully you’ll hear it in your area soon.