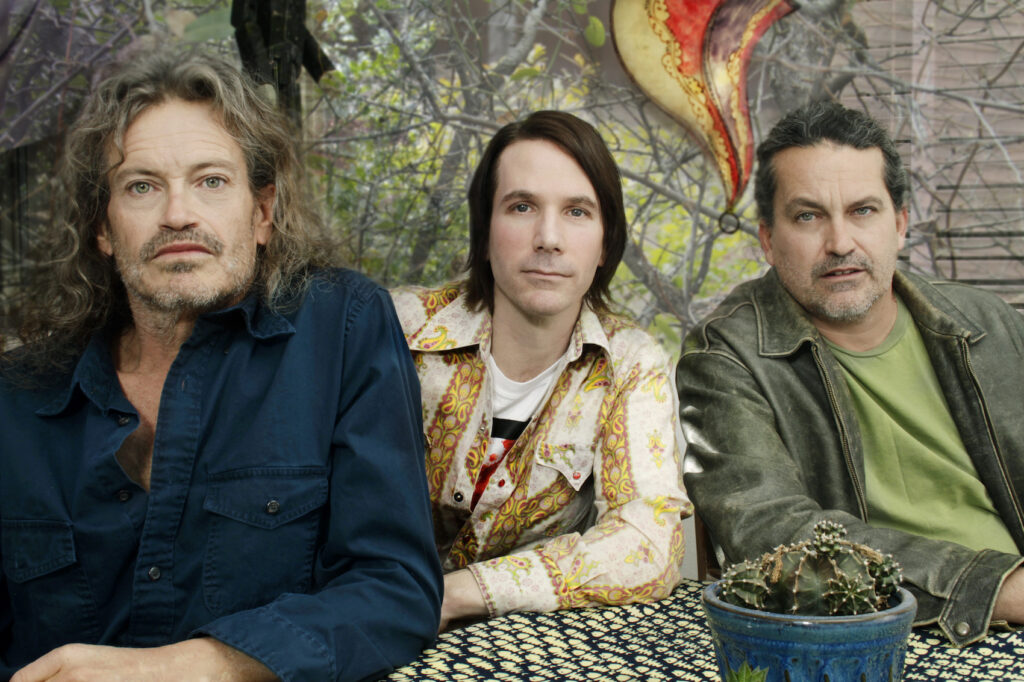 Meat Puppets’ eclectic mix of alternative, psychedelic rock, outsider country and folk (among other styles), and unusual balancing act between warm, laid-back atmospheres and far-reaching, complex experimentations has made them a musical force unlike anything else. Formed in Phoenix, Arizona in 1980, the group has released an impressive series of records on underground and mainstream labels alike and withstood two short breakups, only to come back stronger than ever in 2006. Today the band’s lineup consists of founding members, brothers Curt and Cris Kirkwood, drummer Shandon Sahm (the son of influential Texas musician Doug Sahm), with Curt’s son Elmo Kirkwood joining the band on guitar on tour.

In 2013, the Meat Puppets released its 14th studio album, Rat Farm on Megaforce Records, Despite making a conscious effort towards a more stripped-down style on the album, their dexterity and quirkiness couldn’t (and likely won’t ever) be entirely restrained.

Meat Puppets will play Riot Fest & Rodeo on September 3 and Riot Fest & Carnival on September 16. In anticipation, we asked Cris Kirkwood (who is also a prolific visual artist) to answer our 10 Questions and found out he was musically influenced by Deliverance and the action-packed way he’d choose to spend his last day on Earth. Check it out below:

I can’t remember the first album I bought but I clearly remember my first musical instrument. It was 1974 and I had just seen the movie Deliverance. The scene with the mentally challenged inbred kid rang a bell and I just had to get a banjo, so I did, and the rest, as they say, is (somewhat tawdry) history!

What band changed your life? How?

The Beatles, obviously, as they did everybody else’s, but I would be remiss if I didn’t mention the Grateful Dead. They, along with Frank Zappa, showed me that rock-n-roll could be so much more than I had ever realized. Then the Ramones happened!

The first concert I ever saw, oddly enough, as he’s a hometown (Phoenix) boy was Alice Cooper on the “Welcome to My Nightmare” tour. Awesome! Suzi Quatro was opening. She played Leather Tuscadero on Happy Days. Fun times!

As I am typing this I am recovering from a hangover from having spent last night hanging out with my friend, Abby Travis, who is the bass player for the Go-Go’s, whose farewell tour show I’d just seen. They’ve still got the beat!

One of the fun things about touring is getting to sample tasty regional food stuffs, but at the end of the day practically anything is good to shove down my pie hole, especially if it’s orange, deep fried to a crackly crunch and called Cheetos.

Recently I got a Kindle as a birthday present and one of the great things about it is that you can download tons of the classics for free! My latest acquisition is the complete works of Charles Dickens and I just finished David Copperfield, which Dickens considered to be his favorite work.  Highly recommended. I would be remiss, again, if I didn’t mention A Journal of The Plague Year by Daniel Defoe. I’ve read it over and over and it never fails to satisfy.

Speaking of the Grateful Dead, I remember as I was pulling into the parking lot the first time I saw them, seeing a naked man being chased by the police, so I would say that a good place to start as per surviving a festival is to keep your clothes on and stay out of trouble with the law!  Oh, and drink plenty of water.

Hmm, let’s see. I think China might be onto something with that ‘one child only’ policy.  I’m a second child and just look at how I turned out! Oh, and World Peace…duh! Do I get the job?

To run naked through a Chinese parking lot with Alice Cooper and the Fonz while reading The Plague, eating Cheetos and listening to The Mothers of Invention.

“Happy Birthday?” Or anything by Mozart? Or “Stairway to Heaven?” How about “I’m a Little Bit Country, I’m a Little Bit Rock ‘n’ Roll” by Donny and Marie? I’m trying to be clever here, folks, gimme a break!

Bonus: Much of your current artwork centers around different faces. What do you imagine the “face of Riot Fest” would look like?

That’s a tough one, but I’m thinking along the lines of, say, I don’t know, a couple of eyes, a nose, a mouth, maybe a couple of ears. Whatever they look like, they’re at Riot Fest, and that makes them downright beautiful to me. See you at the show!