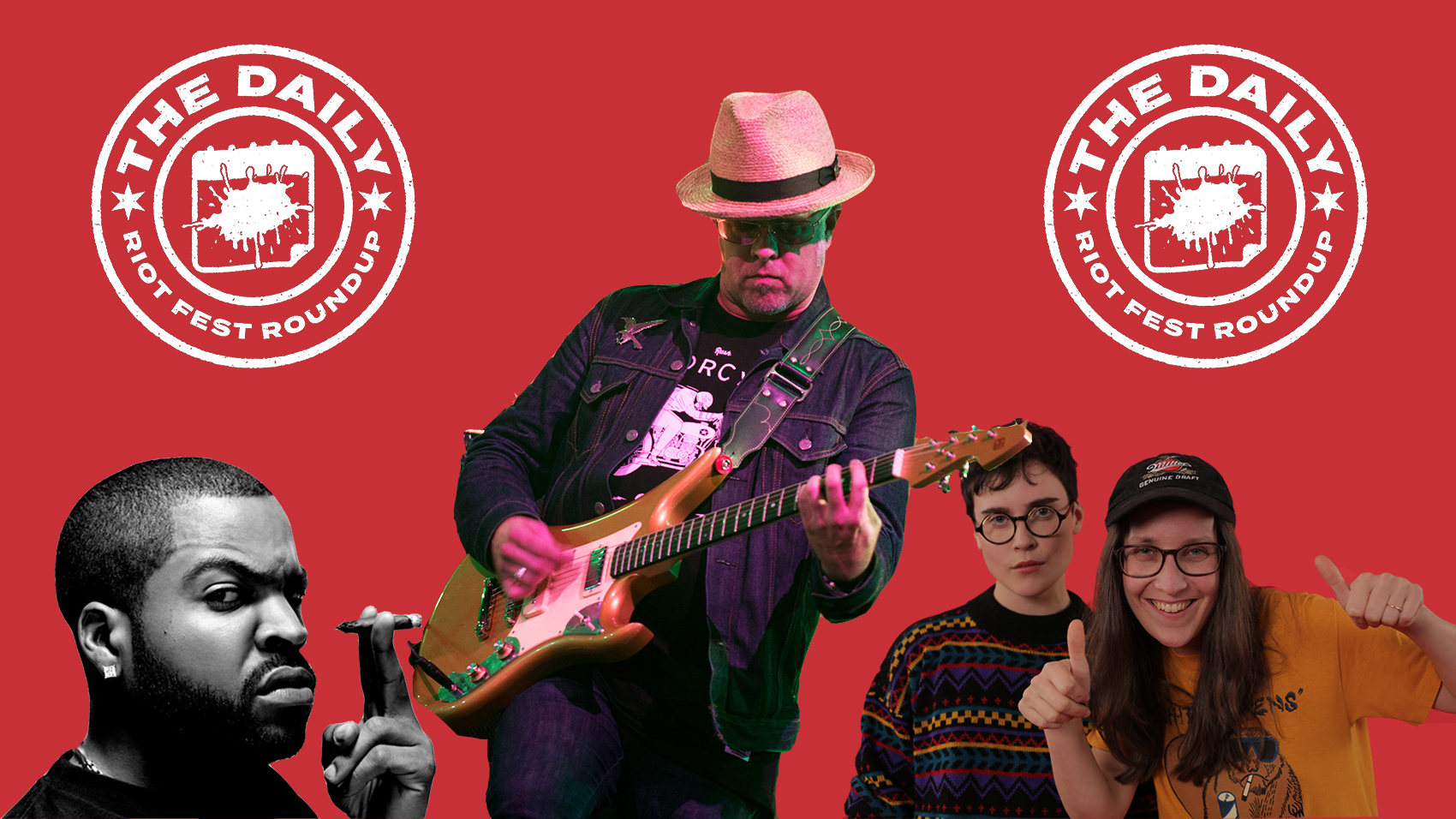 Is National Insurance Awareness Day. Are you aware of insurance?

Partner is comprised of eastern Canada’s Josée Caron and Lucy Niles, who play quirky power-pop with lyrical themes that at times remind us of a mashup of Weezer’s Rivers Cuomo at his funniest with K.D. Lang at her most righteous. We’ll be posting their hilarious new song shortly, in the meantime check out “Everybody Knows,” the first single off of In Search of Lost Time, Partner’s new album that comes out on September 8th via You’ve Changed Records. It’s about everybody knowing that you’re high when you’re high. You’re high right now. We can totally tell.

Dave Rosser, the beloved guitarist who was Greg Dulli’s not-so-secret weapon in his many bands, including Afghan Whigs, Twilight Singers and Gutter Twins, as well as My Jerusalem and many others, has tragically passed away at 50 after a too-short battle with inoperable colon cancer. “[You] sparked a fire I feared I had lost,” wrote My Jerusalem frontman and fellow Dulli sideman Jeff Klein on My Jersualem’s Facebook page. “Having you as a friend is and will be one of the finest accomplishments of my entire life. You are truly a rare treasure.”

On a more positive note, today is a really good day, because Ice Cube just released a new video! “Good Cop, Bad Cop” is a bonus track from the new 25th anniversary reissue of Cube’s second album, the 1991 classic Death Certificate. Yeah, we know, there’s some fuzzy math there, but are YOU gonna raise your hand and correct Ice Cube? Didn’t think so. The song is about how the good cops out there need to keep the bad cops in check, which sounds like a pretty tough slog if you ask us.

New Noise is streaming Thank You For Being A Friend, Chicago punk rock forebearers 88 Fingers Louie‘s new album, ahead of its release this Friday on Bird Attack Records. And now we are too!

* This is NOT 88 Fingers Louie’s new album cover

ICYMI: Teenage Bottlerocket released a hilarious new video yesterday, and we talked to James Alex from Beach Slang about the band’s recent restructuring, the new Quiet Slang album and more.

Greg Dulli from Afghan Whigs, etc. is mourning the loss of his brother in arms, guitarist Dave Rosser:

The Bronx are playing a few shows with Descendents:

Joining @descendents for 2 more shows in August! See all dates + get tix: https://t.co/6xbKll4sJP

Yelawolf will be playing with Korn soon: