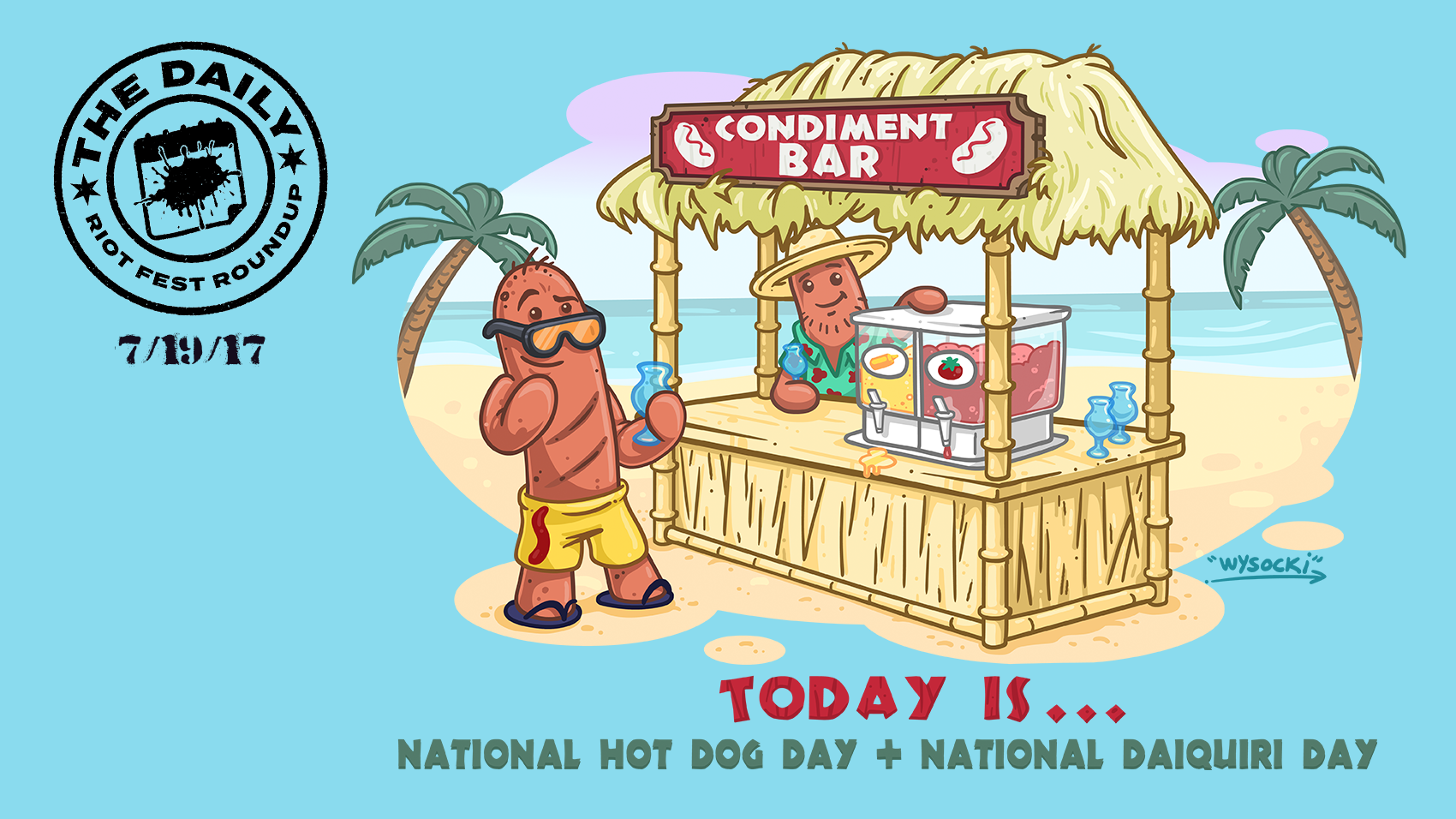 The Descendents just released a new video! Rejoice! In the clip for “Without Love,” from Hypercaffium Spazzinate, we join our heroes on what appears to be the European tour they slayed last month. Have some fun watching the band’s Milo illustrations come to life while Bill Stevenson and Fat Mike play badminton, and all sorts of other great little bits.

Mike Love recorded the Beach Boys’ “Do It Again” with Mark McGrath from Sugar Ray and…John Phillip Stamos! We all saw them play the song live on the steps of the U.S. Capitol, but now check out the video of the studio version, directed by none other than Mr. Stamos himself! Is there anything he can’t do?

Sooo, here’s a weird one. RZA from the Wu-Tang Clan has teamed up with Chipotle (the fast food chain, not the flavor) on a really weird project. It appears as though RZA has produced a musical sound for each and every ingredient that Chipotle uses. For example, here’s what distilled vinegar sounds like in RZA’s dome:

There’s a whole fucking library of these sounds on SoundCloud!

Have a listen to our barbacoa soft tacos with black beans, that green salsa they have, sour cream, lettuce, guacamole (oddly enough, the guac didn’t cost extra) and, of course, cheese. Ugh, now we’re hungry.

Check out this article in Business Insider about Nihilist Arby’s, AKA The Lawrence Arms‘ Brendan Kelly. If you’d like his autograph now that he’s finally famous, he’ll be DJing at The Riot Feast this Saturday from 10PM-midnight. Eat at The Riot Feast.

Grayscale covered Justin Bieber‘s “Love Yourself” for the new Punk Goes Pop compilation, and just released a new video for it. Unfortunately, watching it is not as simple as going to YouTube, searching, and enjoying. No, you need to go to this link and connect with Spotify, which will make you automatically follow Grayscale, Fearless Records and the “Punk Goes Series” Spotify playlist, and you’ll be opted in to Fearless Records’ email list. Small prices to pay for one to love theirself, we say. If you think all of that is bullshit, then just watch this boring YouTube stream, you ungrateful log.

Andrew W.K. has a great #NationalHotDogDay tip, no surprises here.

Vic Mensa is opening for the Biebs in stadiums later this summer:

The Regrettes are signing at Amoeba Records in Hollywood, CA this Saturday. They recently taught Riot Fest how to give an interview, that story is coming soon to RiotFest.org…

Very excited to be part of the final @VannaBoston gig this December. This one will be a rager. pic.twitter.com/gOWxdF1abK