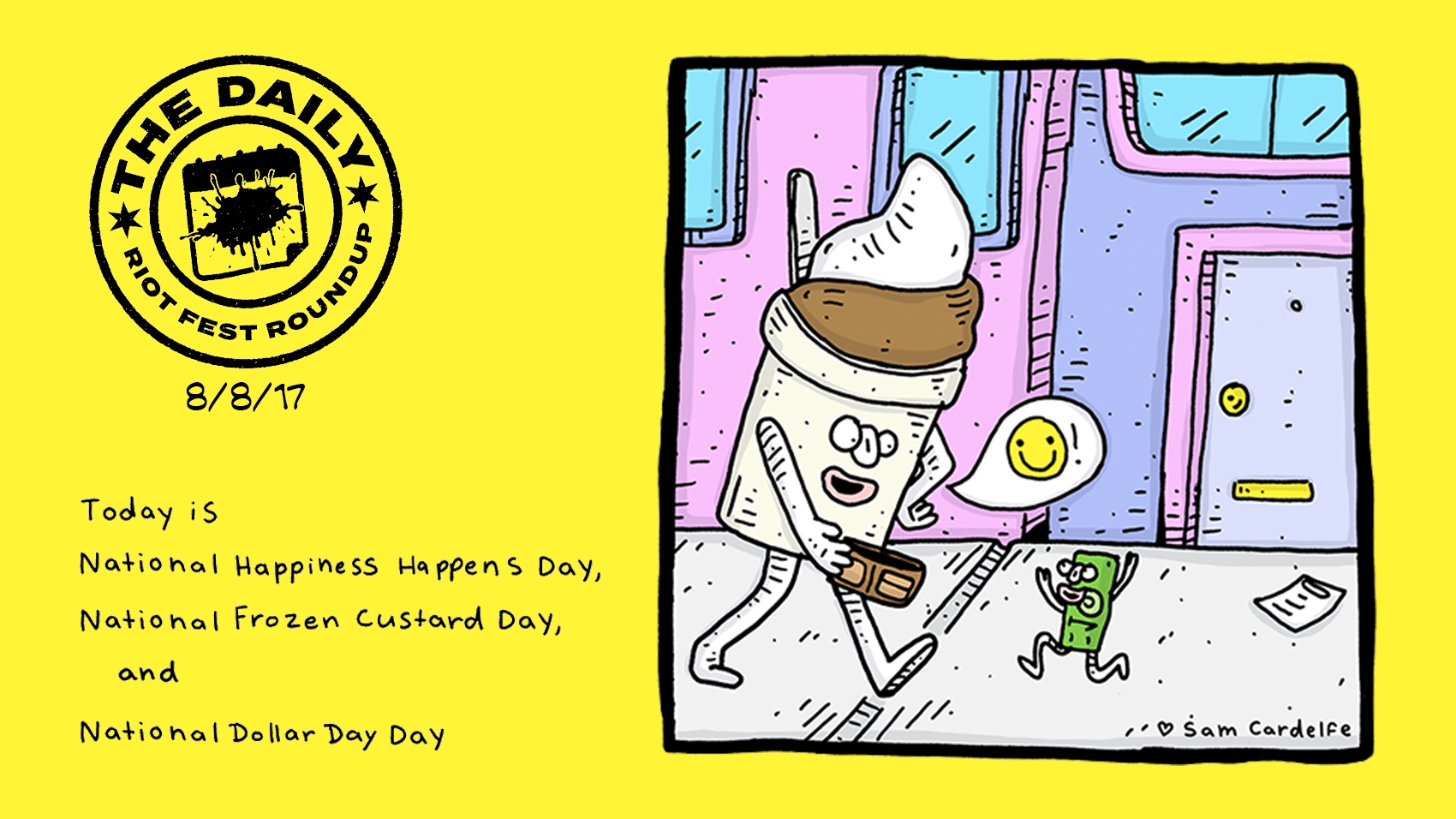 Riot Fest loves John Stamos. We love him so much that we held Have Mercy: The John Stamos Art Show last month, which was the best art show ever in the history of the world. Rolling Stone, always on the forefront of cutting-edge journalism, had Mr. Stamos review some of the best works from the show. No big deal. Oh, wait, it’s a huge deal.

Another huge deal is that we’re throwing a birthday party for The Man at The Riot Feast on August 19th. It should be a full house, so get there early! 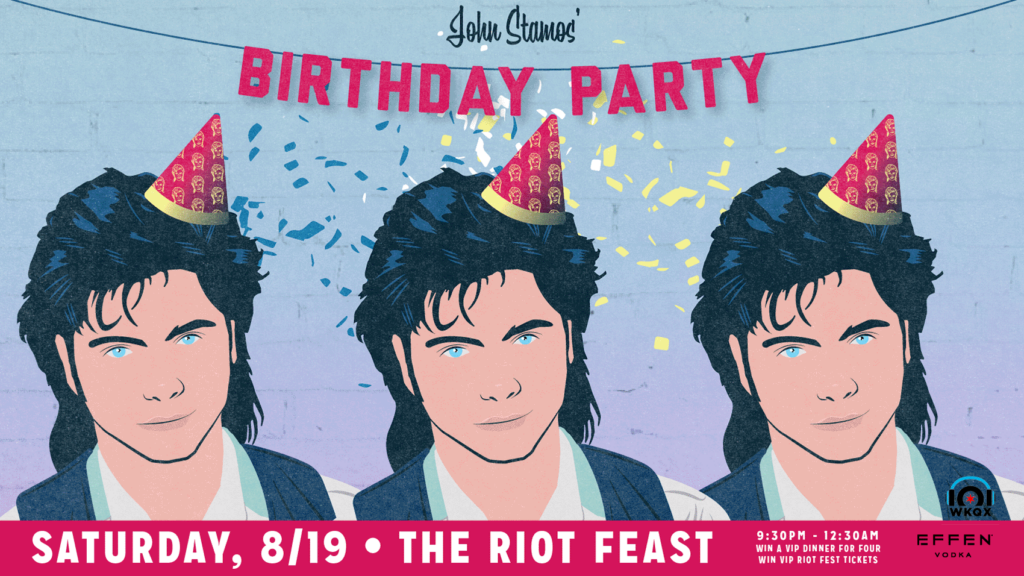 The Dillinger Escape Plan breaking up is not news. The band announced last year that they were putting out a farewell album (Dissociation, released last October) and were to play some final tour dates. There is some news today, though, as the acclaimed metalcore masteres have announced one final go-around at NYC’s Terminal 5 on December 29th, with support from Code Orange and Daughters. Tickets on sale this Friday at 10AM, and there’s an AmEx presale tomorrow (8/9) at 4PM. 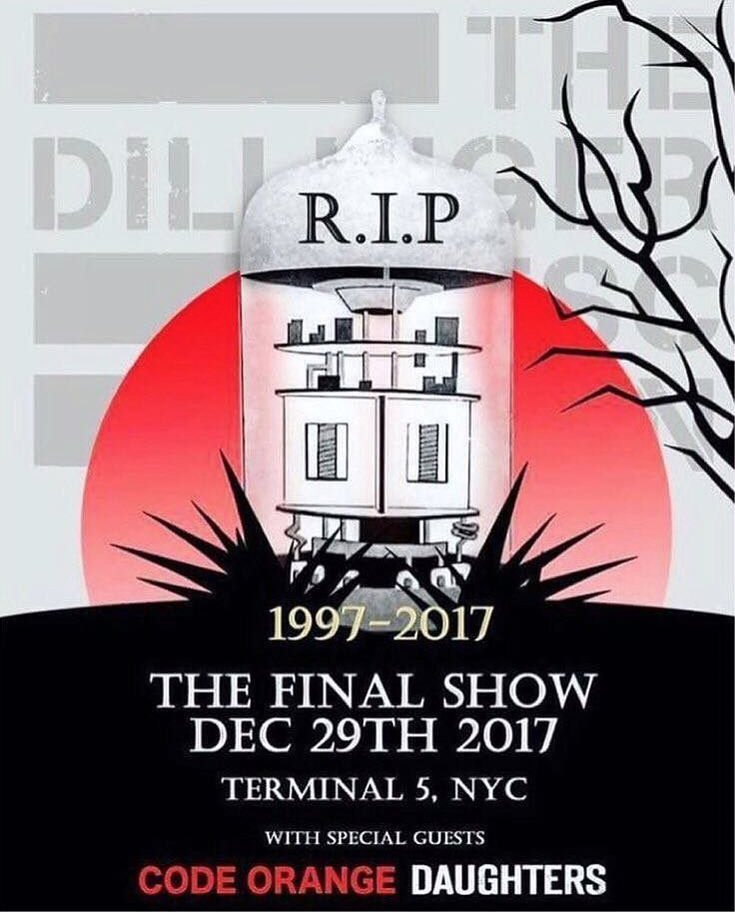 The National premiered a new song called “Carin at the Liquor Store” today at Beats 1. It’s the third single from the band’s new album, Sleep Well Beast, which sees the light of day on September 8th via 4AD.

Some of you may remember The New Radicals‘ mega-smash hit “You Get What You Give” as the best song of the ’90s. And if you do, you’re right. However, did you know that that song came from an album called Maybe You’ve Been Brainwashed Too, which was released in 1998, went platinum, and also contains other songs? This is true, and since the album is almost 20 years old, it’s finally coming out on vinyl! Stereogum talked about the album and its reissue, and posted a demo of one of those other songs, “Gotta Stay High.” The song is good, but it’s obviously no “You Get What You Give.”

If you want to hear what the latest Wu-Tang Clan album sounds like, check out Pharma Bro, Riot Fest banee, and convicted felon Martin Shkreli’s latest windbag of a livestream. At around the 49 minute mark, he plays Once Upon A Time In Shaolin, the album that he bought from the group for $2 million in 2015. Unfortunately, he blathers all over the audio with disparagement so it’s not that easy to hear what’s going on. This fucking guy, amirite?

The Hold Steady’s Craig Finn is heading out on a solo tour with John K. Samson (formerly of The Weakerthans).

Did you read our interview with Wil Wagner of The Smith Street Band? Well, then you already know that the band just added a show in a small LA club to its upcoming North American Tour!

LOS ANGELES!! We just added a show at @theHiHatLA to the end of our US tour 🇺🇸🇺🇸

Lydia Night of The Regrettes wrote a personal article about conquering body insecurity:

i wrote an extremely personal article that you may find interesting & helpful. I think you should give it a read🌷https://t.co/NbNapwfUm6 pic.twitter.com/453bn9UNJh

Mayday Parade is here to Pump. You. Up.

Leftöver Crack went ahead and played in Tompkins Square Park, in NYC’s East Village, at the 29th annual concert in the park to commemorate the anniversary of the riot that took place there, well, 29 years ago. Read more about the riot here, and see more pics and vids and such from the show here.