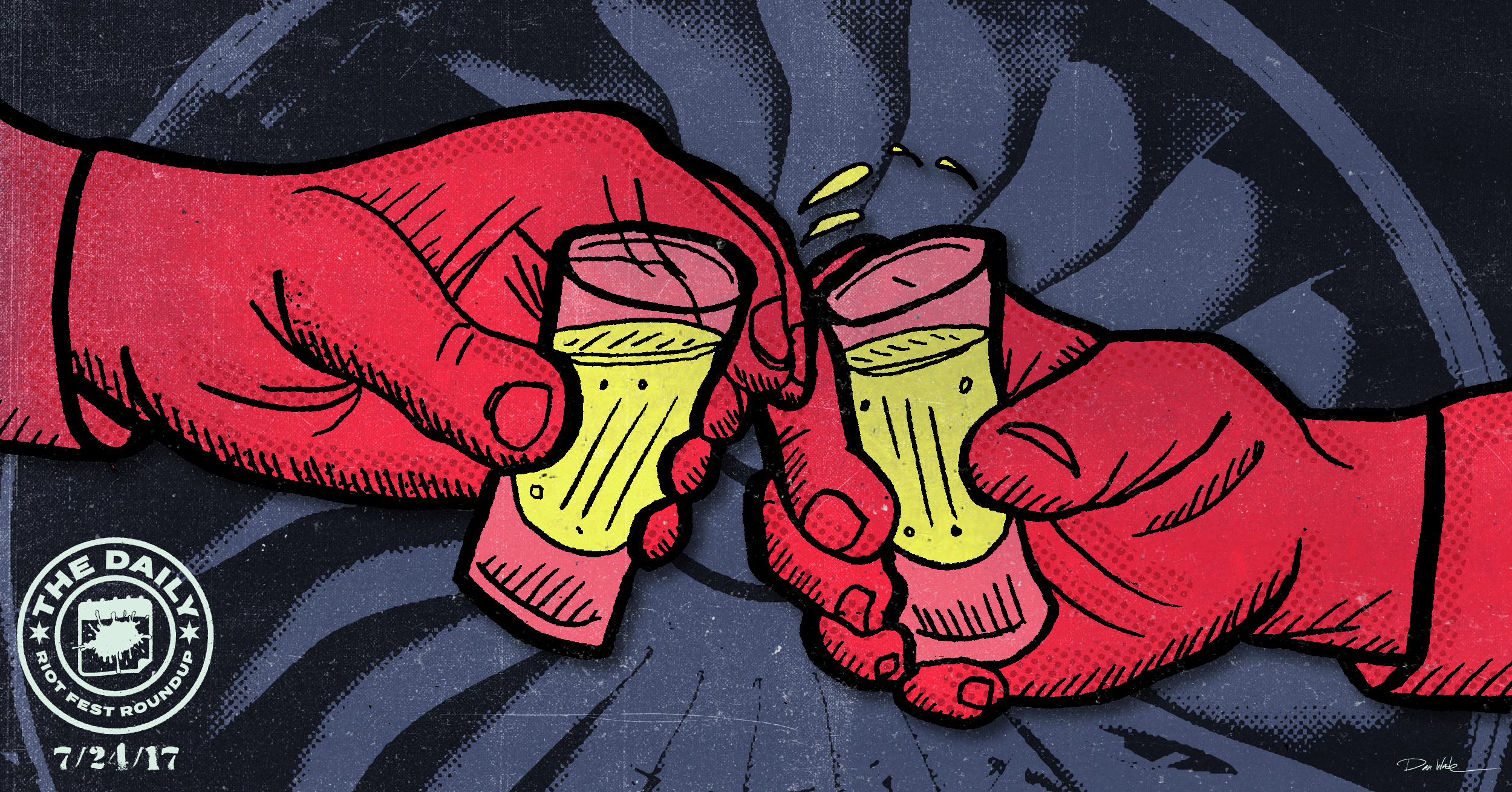 Nadya Tolokonnikova from Pussy Riot is teaming up on a seemingly awesome new immersive theater project alongside Les Enfants Terribles, a London-based theater company. Inside Pussy Riot will “take the audience into the journey [that] the rad-but-persecuted Russian punk band endured during their epic 2012 ordeal, when they were unjustly arrested for some straight-up bullshit, forced through a flawed judicial system and finally transported to a Russian jail.

“The audience will actually get the chance to re-live each one of these experiences themselves in London, learning what it means to be a political opponent in Russia today,” Tolokonnikova said in a statement. She added, “Hopefully, this is a journey that you’ll only have to make once in your life.”

Hopefully, they didn’t say that after they left Riot Fest in 2014, following their riveting Riot Fest Speaks panel, alongside Henry Rollins, Greg Graffin from Bad Religion, Tim McIlrath from Rise Against, and our very own Michael A. Petryshyn and Riot Fest in 2014. ressive minds to discuss sociopolitical movements, music and art, and the cross-pollination between the two that generates changes in the traditional soliloquy of thought and action.

But seriously, folks, the work that this group does has inspired us for years and will continue to do so. Please pay attention to the important things they say, do, and feel.

There is a lot more information on the experience over at Consequence of Sound, so head on over, we’ll wait. Back? Cool, now to donate to the Kickstarter page that’s funding this whole project. You don’t think this whole thing is state funded, do you? Please contribute what you can to one of the most real and terrifying causes that some folks could ever imagine.

Check out this rad cover of The Misfits‘ “Hybrid Moments” by they who shall remain No Use For A Name. And then go to Fat Wreck Chords (the website, not the office, you weirdo) and pre-order the entire album full of cover song rarity goodness.

Somehow, in some way, Motörhead is still fucking putting out records. Don’t you dare question if or how this is happening. Just go with it.

OK, so it’s not a new album, and it’s all cover songs. It’ll still be better than anything that comes out this year. Or next year, or the next. And on and on until Lemmy comes back to save us all.

It features songs by the Stones (Rolling, not Mighty Mighty Bos’), Ramones, Metallica, Queen, and so on. This comes out on September 1st, and since we couldn’t find any of the songs on the internet, you’ll have to settle for being blessed with the Barb Wire Dolls. These badass Grecians are the last (and only?) band to ever put a record out on Motörhead Records, and maybe the last hope for rock n’ roll? I know, that’s a bit dramatic, but so is The Arcade Fire, so there! Anyway, hopefully the Barb Wire Dolls come back to play Chicago soon, because they fucking RIPPED it up at the Van’s Warped Tour the other day.

Check out the new video from Municipal Waste. The song is called “Breathe Grease,” album is called Slime and Punishment and is available now, and you may want to shower afterwards. But we won’t tell you what to do.

New Alice Cooper jams are upon us! Sir Furnier got the original band back together for a few of the songs on Paranormal, which comes out this Friday. You’re confused? OK, here goes, last time: Alice Cooper is the name of the band. And the dude who was born as Vincent Furnier. But we all call him Alice Cooper. None of us are worthy enough for anything, except to listen to the title track from Paranormal. It’s called “Paranormal.” OK school’s out, see ya!

PS: Shep Gordon rules. Everybody watch this documentary about Alice Cooper’s longtime manager. It’ll change your life. Or, at the very least, give you something to do tonight, since you’re grounded.

OUR PARTY MISSION: To spread joy, to have a blast, and to make that feeling last.#MondayMotivation

We would support Bethany from Best Coast offering more reviews of anything like this!

You heard Mr. Vic Mensa…do it!

wake up & get the money.

Ice Cube must say, any day is a good day at the old…ball…gaaaame!

.@icecube was a little too hyped to sing “Take Me Out to the Ball Game” at the @Cubs game. 😂 pic.twitter.com/VLmSmrnP3o

Andre Cymone tweeted The Hold Steady‘s song that he’s mentioned in, “The Swish.

King Gizzard and the Lizard Wizard left quite an impact on the The Smith Street Band:

The Menzingers always have the dopest highdeas:

Hey @nbclawandorder can we have a cameo where we’re drinking around a trash can listening to FEAR and find a body?