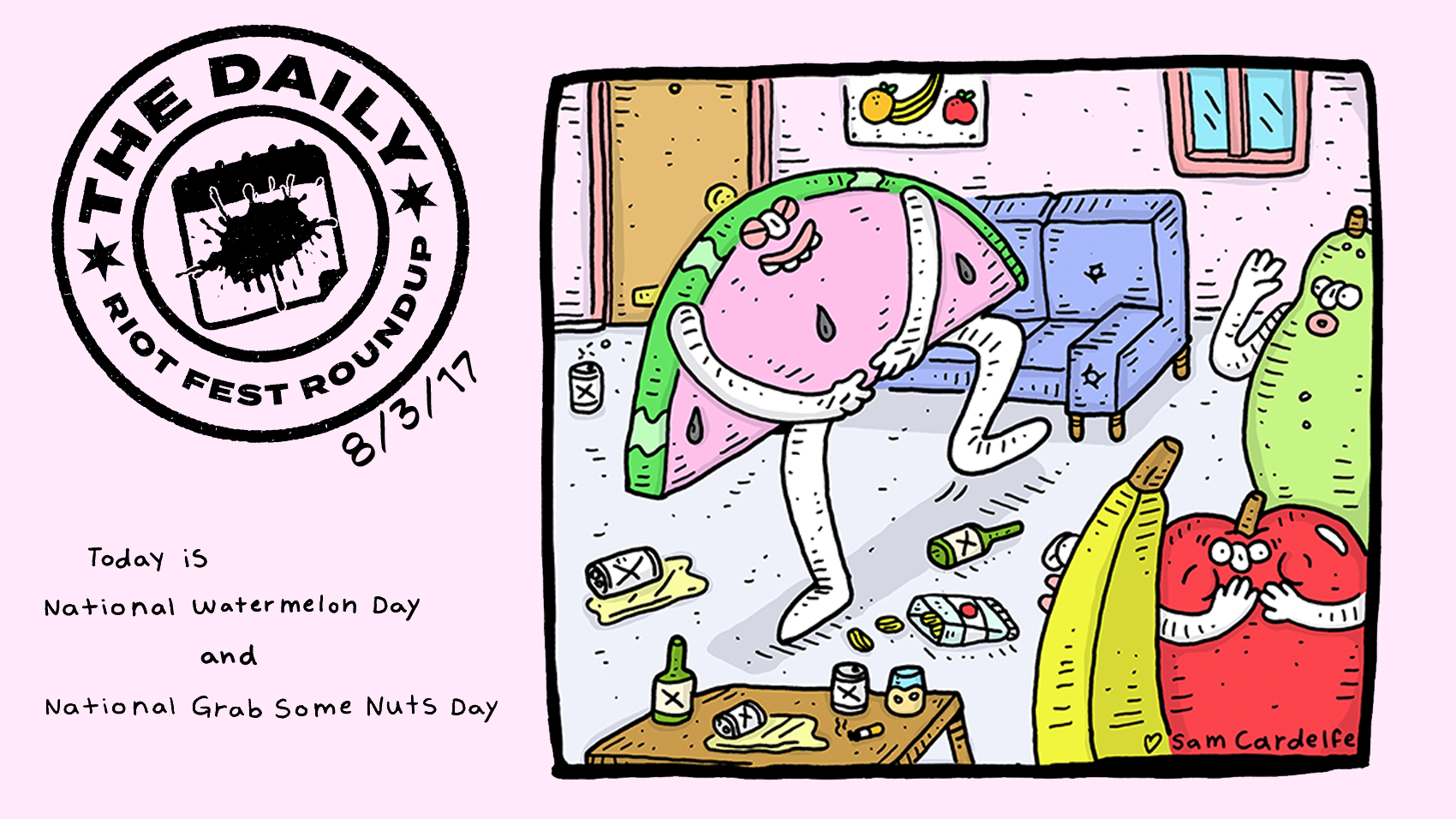 ICYMI: Motörhead has a new album of cover songs! Check out their chooglin’ version of David Bowie’s “Heroes,” and check out the rest of the story here.

If you’re lazy, and I know you are, Lollapalooza is going to webcast a bunch of bands this weekend via RedBull.tv. Streamed performances include White Reaper, The Districts, Tegan and Sara, Blink-182, Hippo Campus, Whitney, Andrew McMahon in the Wilderness, The Pretty Reckless, Sylvan Esso, The Shins, and many many more! Or, you can go to Grant Park, if you’ve got something to prove or want to throw things at the Riot Fest staff.

Rolling Stone has exclusive pics from a showing of Kurt Cobain‘s artwork, which takes place now through August 6th at the Seattle Art Fair in, well, Seattle. There are sketches from drawings, original versions of artwork from Nirvana releases (including Incesticide), and many more pieces. Pieces that have been wasting away in storage since Cobain left us in 1994—including the gem that you see here. 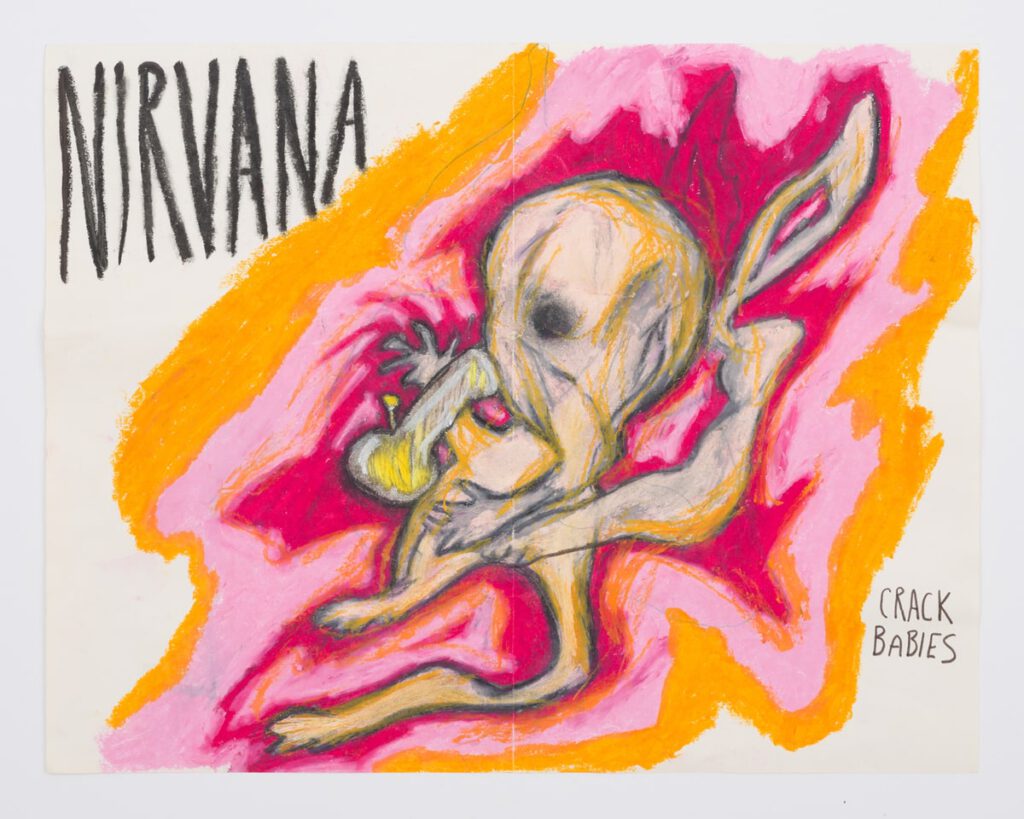 Head on over to NPR First Listen for a…first listen of Downtown Boys‘ new album, Cost of Living. They call the band’s third record (and first for Sub Pop) a “rapturous, incendiary punk record.” Did we mention that Cost of Living was produced by Guy fucking Picciotto of Fugazi. Doesn’t get much more intriguing than that..

Happy 30th birthday to Def Leppard‘s Hysteria, the first epic rock record where all the drums were played with one arm…and so much more. Dive in deep with Rolling Stone to learn a whole bunch of great little new bits you may not have known about this 1987 masterpiece.

Mayday Parade with some deep cuts:

Paramore is pushing units. Get whatever’ss left while its hot!

woke up to this text from @adamsamiljan. the teal AL vinyl is sellin like hotcakes! emotional hotcakes! go get it- https://t.co/fbcT3UcH0s pic.twitter.com/52XiUmaWC6

Smith Street Band is going to announce something in the morning. Which means..night here? Or morning here. It’s still not up. Stay tuned!

Melbourne friends, we have the pleasure of announcing something extraordinary tomorrow! Check back in the morning..
📸 @3_song_no_flash pic.twitter.com/IeC0Tb2M5v

Feeling inspired in new ways by songs that inspired my younger self.

Look what Death From Above’s Jesse F. Keeler saw at the store: