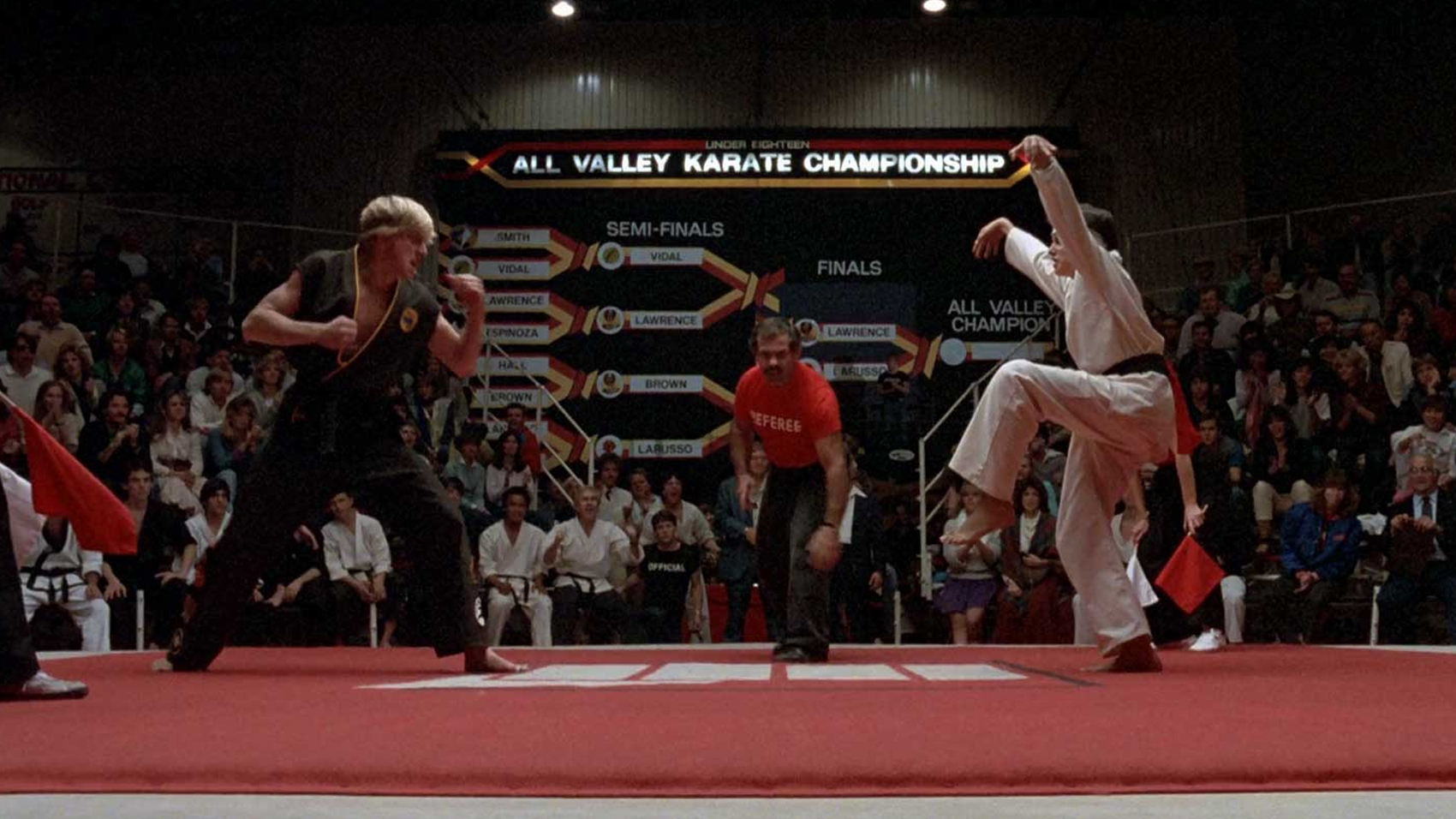 “You couldn’t leave well enough alone, could you, little twerp? No, you had to push it. Well, now you’re gonna pay!”

According to Hollywood Reporter, a 10-episode Karate Kid sequel is coming to YouTube’s subscription service YouTube Red is coming in 2018.

The half-hour comedy, called Cobra Kai, is set to take place 30 years after the All Valley Karate Tournament, and will star Ralph Macchio (Daniel LaRusso) and William Zabka (Johnny Lawrence) as the owners of competing dojos. Johnny is seeking redemption and reopens Cobra Kai dojo, while Daniel has a successful dojo but is struggling to find himself.

Macchio and Zabka are set as executive producers on the series, with Josh Heald (Hot Tub Time Machine) and Jon Hurwitz and Hayden Schlossberg (Harold and Kumar) as writers.

“Like everyone who grew up in the 1980s, the three of us are enormous fans of The Karate Kid​,” Heald, Hurwitz and Schlossberg said in a joint statement. “Cobra Kai​ will be a true continuation of the original films — packed with comedy, heart and thrilling fight scenes. We can’t wait to reignite the LaRusso-Lawrence rivalry, and we’re thankful to our partners at YouTube Red, Sony Pictures Television and Overbrook for their shared enthusiasm in making our dream project a reality.”

Asked about the name of the series, YouTube’s Susanne Daniels said, “If The Karate Kid was Daniel’s story, Cobra Kai is equal parts Daniel and Johnny’s story. Also because this is a series and not a movie, we really wanted to reimagine how the story was told. Changing the name made sense as part of that.”