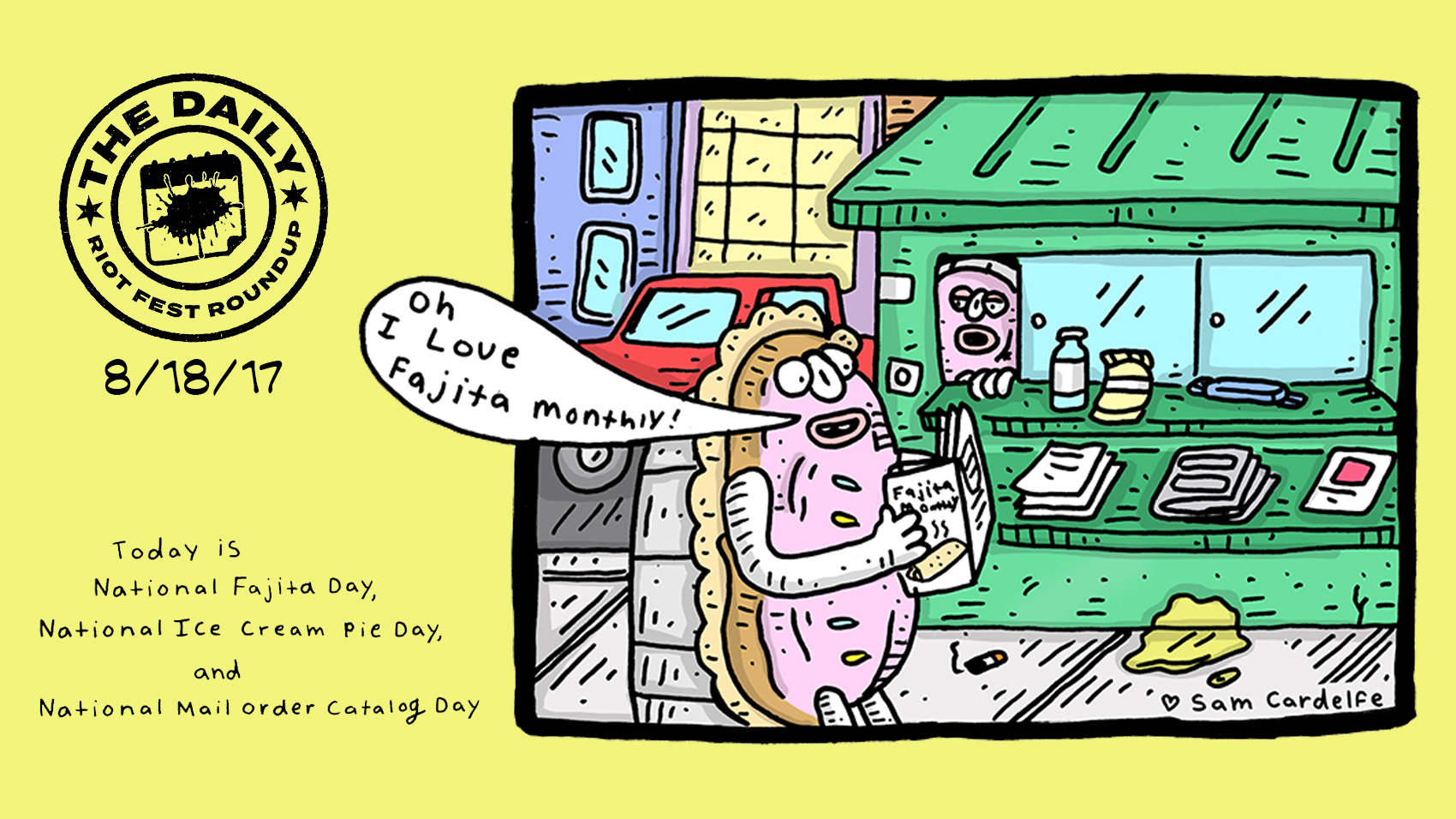 Neck Deep‘s new album, The Peace and the Panic, is out now, and you not only can listen, but the band is throwing a global pizza party for your efforts! A video explaining the pizza party is below, followed by a stream of the album. All of this is facilitated by the band’s label, Hopeless Records. We are facilitating a Neck Deep show at Concord Music Hall on February 12th, and you can buy tickets for that show right here.

MU330 released a new single yesterday, ahead of their set at the the American Ska-Thic 25th anniversary show at Metro tomorrow. “Don’t Worry Don’t Stress” is a classic MU330—style spastic singalong, released in response to all of the nonsense that transpired in Charlottesville last weekend. You can stream the song below, and then please purchase the song from Asian Man Records’ Bandcamp page, because you’ll also be donating money to the Southern Poverty Law Center in the fight for peace, justice, unity, and righteousness for everybody.

SURPRISE! AJJ dropped an EP today, via Lauren Records! Check out Back in the Jazz Coffin.

So, in case you’re wondering, these next two bits are what a “slow news day” looks like:

Back in the late-1900s, there was a great show on MTV called MTV Unplugged. The great bands of the day would unplug, strip down, and show the world what a great song sounds like without a wall of amps. Well, in the spirit of all other TV, MTV is rebooting Unplugged, and in the spirit of MTV not being what it used to be, the September 8th premiere will feature Shawn Mendes. For a reminder of the potential of a once-great show, look no further than here:

Joe Scarborough, former Republican congressman, current engaged person, blowhard and co-host of MSNBC’s Morning Joe, has released an EP called Welcome to the Monkey House. Yes, you heard that correctly. Joe Scarborough has a band. It’s called Scarborough (we’re guessing it’s not named after the Fair), and according to Morning Joe, the music on the EP is inspired by Weezer and M83. Go ahead and judge for yourself. #FairAndBalanced

The Menzingers, PUP and Cayetana touring overseas, oh my!

Oops….but cool? Due to a pressing error, some of the new Queens of the Stone Age songs appear on Gordi’s album, Reservoir.

These came out perfect and we’re proud of this record. Pre-order: https://t.co/U7QQ88olOc pic.twitter.com/Dj9BqVKJPb