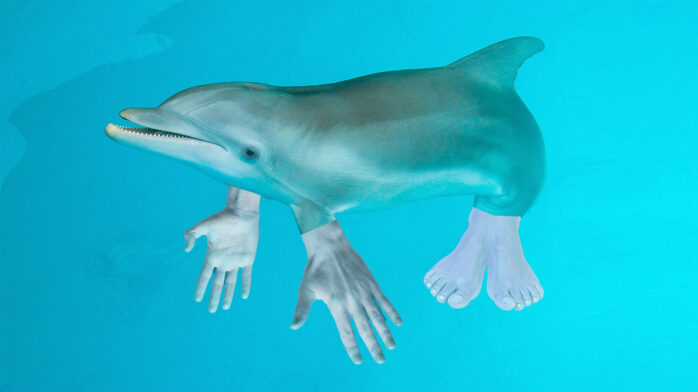 If Dolphins Had Thumbs, They Would Probably Destroy Us All, Says Science

A new study, published in Nature Ecology & Evolution, has shown that dolphins are as intelligent as humans in almost every way, but their lack of hands and opposable thumbs means even if they wanted to destroy us, they don’t have the right appendages.

The study, a collaboration between scientists at The University of Manchester, The University of British Columbia, Canada, The London School of Economics and Political Science (LSE) and Stanford University, United States, found overwhelming evidence that dolphins have sophisticated social behavioral traits, similar to those found in humans.

Unfortunately for the dolphins, “they won’t ever mimic our great metropolises and technologies because they didn’t evolve opposable thumbs,” said Dr Susanne Shultz, an evolutionary biologist in Manchester’s School of Earth and Environmental Sciences.

The University of Manchester has a list of traits shared by humans and dolphins:

Fortunately, the one thing not on the list of traits that humans and dolphins have in common is opposable thumbs. Literally the only thing keeping us from being dolphin slaves is thumbs. Remember that the next time you swim in the ocean.