Descendents are back (a few years earlier than usual!) with a brand new album due out this July, 9th & Walnut. Named after the band’s practice space in ‘77, it features the original lineup featured on the Fat EP and Milo Goes to College. Listen to the first single, “Baby Doncha Know,” below.

9th & Walnut was mostly tracked back in 2002 with the group’s 1980–1982 lineup, minus Milo: drummer Bill Stevenson, bassist Joey Lombardo, original guitarist Frank Navetta (who passed away in 2008). Stevenson recently sent the ‘02 sessions to longtime vocalist Milo Aukerman during lockdown, who then tracked vocals for 18 Descendents tracks originally written between 1977 and 1980—including a cover of Dave Clark Five’s “Glad All Over.”

“[‘Baby Doncha Know’] is Frank’s song, and a lot of Frank’s music, especially during that period, was kind of steeped in bitter resentment,” Aukerman told Rolling Stone, speaking on the first single. “Frank Navetta was the most outsider of all of us… He was the perfect guy to write punk-rock music.”

9th & Walnut is out via Epitaph Records on July 29, available for pre-order now. Check out the album art and track list below. 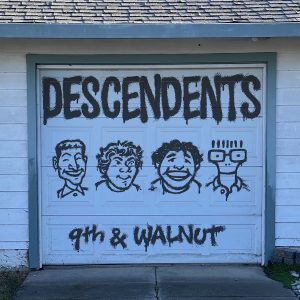