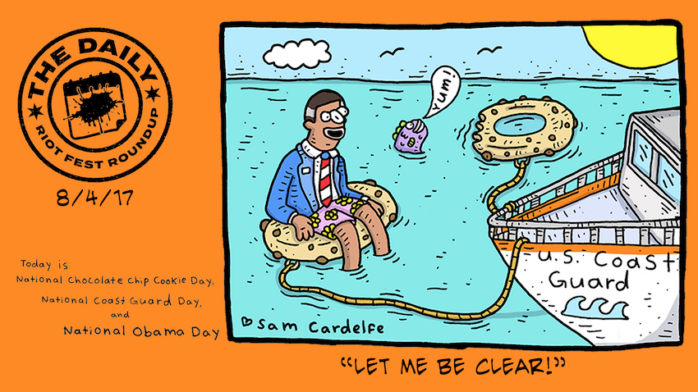 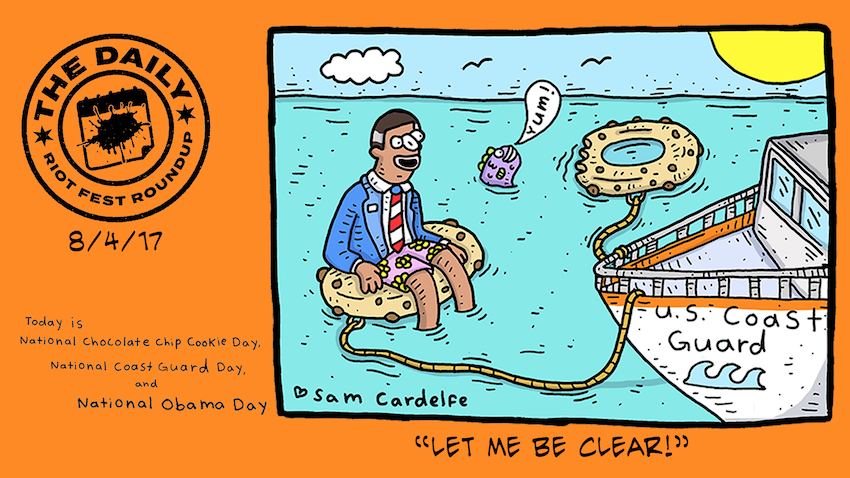 ICYWTUAR (In Case You Were Trapped Under A Rock): Jawbreaker played a surprise show in Oakland last night! For more on that, as well as the band’s other activites between now and Riot Fest, check out this gripping exposé over at…RiotFest.org.

Dischord Records has set its entire discography on Bandcamp for the world to stream for free. This DC-based label has been the beacon of integrity in a scene gone mad since its formation in 1980. Founded by Fugazi frontman Ian MacKaye and Jeff Nelson (his bandmate in Minor Threat and The Teen Idles), Dischord has long pioneered D.I.Y. business practices and has influenced countless bands, labels, and humans in general. That being said, go get acquainted with the entire Dischord catalog right now, because you can. Start with the Minor Threat demo, we say.

Once you’re done freeloading off of Dischord Records, we’d recommend that you actually buy some shit on Bandcamp, because today the website is donating all of its profits to the Transgender Law Center in Oakland.

Check out the lyric video for Sleeping With Sirens‘ new single, “Empire To Ashes,” from the band’s new album, Gossip, due out September 22nd.

Check out Action Bronson stealing the show at 30 Rock last night, with his hat-dropping performance of “The Chairman’s Intent” on The Tonight Show starring Jimmy Fallon.

Pharma Bro and Thursday fan Martin Shkreli has been convicted of fraud and faces up to 20 years in prison. He’s still not allowed at Riot Fest.

Craig Finn of The Hold Steady is taking part in an event called The Friday Night Jam at Le Poisson Rouge in NYC on August 18:

Looking forward to this in two weeks NYC! https://t.co/h6AwphmbJd

Frank Iero loves that Culture Abuse single as much as the rest of us:

seriously can’t get enough of the new @cultureabuse single https://t.co/kAxfH3Ke1u

Please don’t, Bayside, that will be too much blood to clean up and we’re lazy.

Alice Bag has posted an exclusive one day only advance release of her new song on Bandcamp to benefit the Transgender Law Center:

Exclusive one day only advance release of my new song ‘XX’ on @Bandcamp to benefit #Transgender Law Center https://t.co/BvhIxfdb77

watch Jawbreaker reunite at a surprise 200-capacity show to warm up for Riot Fest https://t.co/i9JGUJ9ubQ pic.twitter.com/2dfL4phnNO