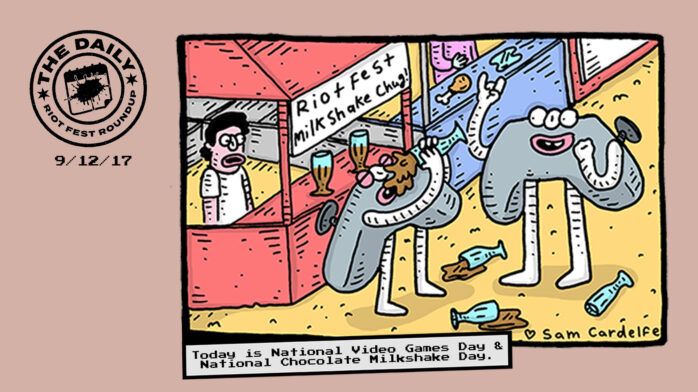 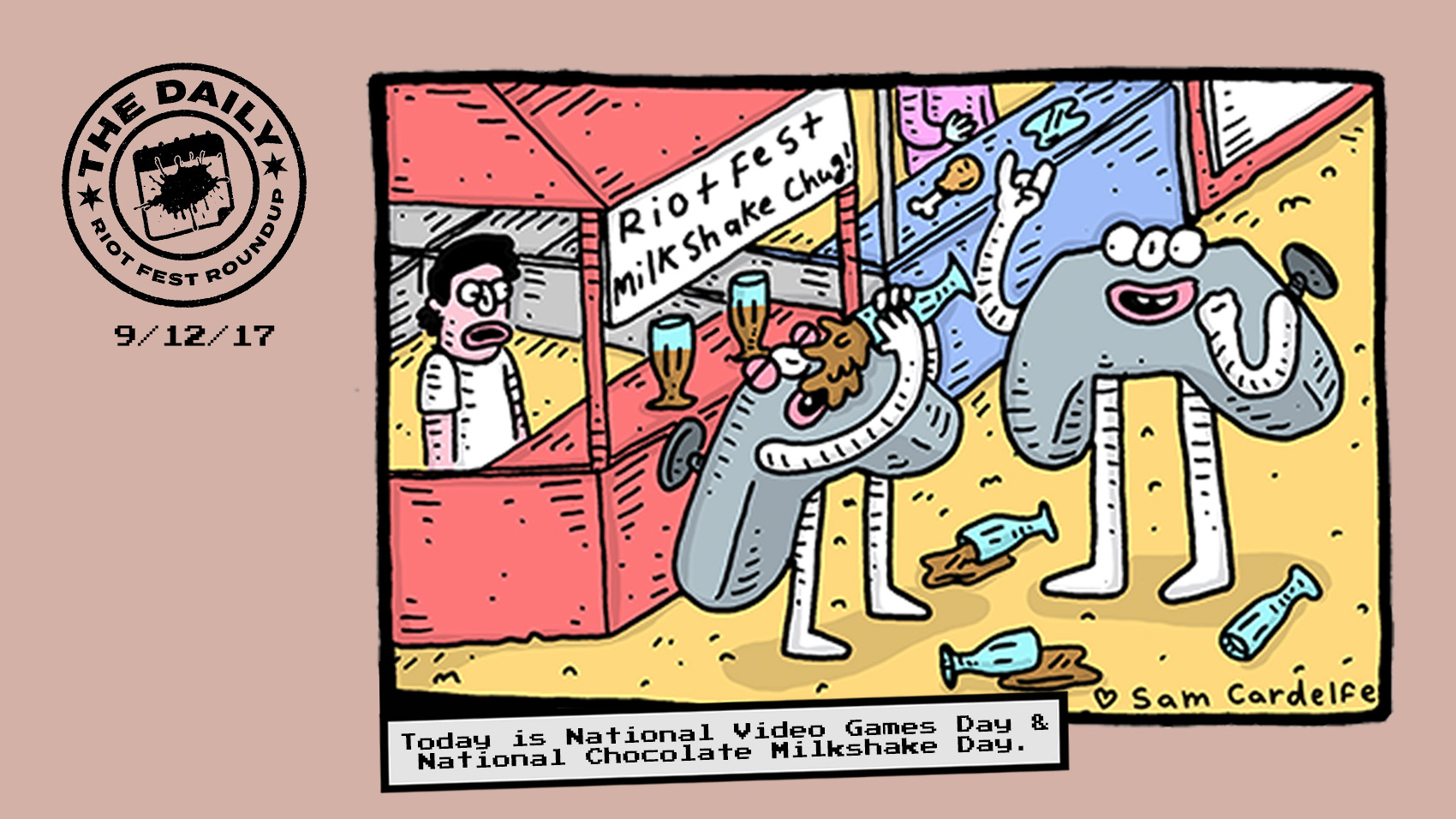 Wondering how to get to Riot Fest?

You’ll probably be wondering where to go once you arrive at Douglas Park. Lucky for you, we live to serve…

How The Heck Do I Find Anything At Riot Fest?

Tomorrow, the Riot Fest staff will tell you which bands you need to see at Riot Fest this weekend. Great advice like this is hard to come by, so be sure to keep an eye out for that.

Vic Mensa recently shared some Windy City insight with our fellow Chicagoans over at the AV Club. Watch and learn.

Prophets of Rage just crushed “Living on the 110,” the skull-shattering single from the supergroup’s debut self-titled record that comes out this Friday, on The Tonight Show Starring Jimmy Fallon. If you don’t believe me, watch the video…

Check out TV on the Radio‘s Dave Sitek waxing philosophical in regards to mary jane for a publication called Merry Jane.

Who dey?! It’s Cincinatti’s Dopamines, playing their song “Ire” at Live from the Rock Room!

The Mighty Mighty Bosstones just announced Hometown Throwdown 20! Or, at least that’s the impression that we…oh, fuck it.

It's that time of year again! Hometown Throwdown 20 ticket onsale Friday @ 10 AM pic.twitter.com/zHBtE0GfNk

It's National Video Game Day! We've got a limited edition video game shirt (only 50 are being made!) #themoreyouknow https://t.co/EcDyLrDzlr pic.twitter.com/Lbw9zjitQx

TBT (Throwback Tuesday is a thing, right?) to that time Post Malone and Vic Mensa sang “Hey There Delilah” together…

if you're having a bad day, here's a video of post malone and vic mensa singing hey there delilah together 😭 pic.twitter.com/lQZTm6eIWx