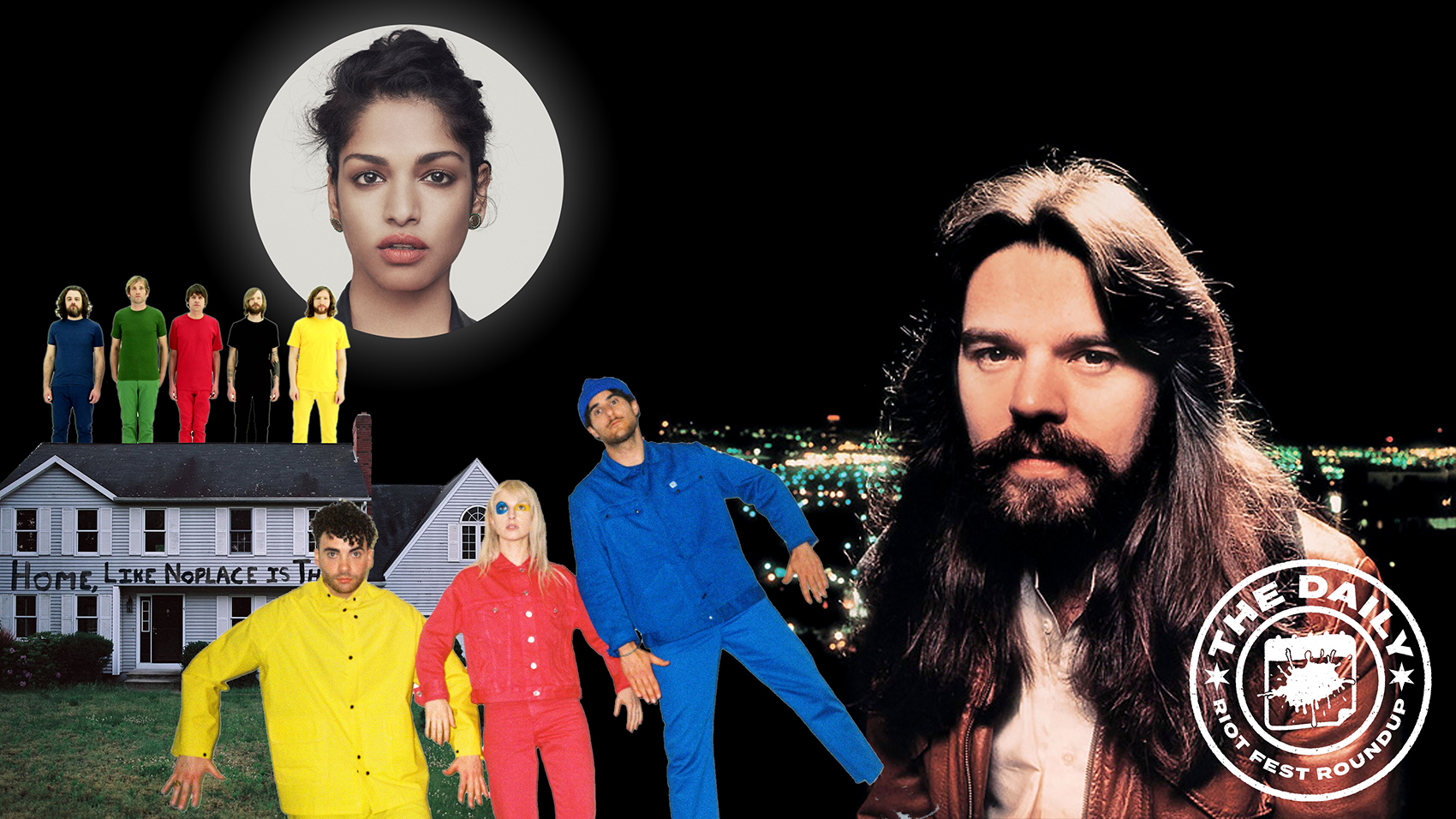 Today is National Flip Flop Day. To celebrate the day, the President of the United States sold a shitload of weapons to Qatar just days after accusing that country of being a bunch of bad hombres. America, FUCK YEAH!

CHON‘s new album Homey drops today. Check out the video for “Nayhoo” and then go buy the album, homie! Bundles are available at the band’s website.

Speaking of dropping new albums today, Lorde‘s Melodrama is now available. She played “Perfect Places” on The Tonight Show last night and we gotta say, that crew sure can put on an epic-looking show! Also, Lorde loves onion rings. Celebrities: They’re just like us (except better)!

It’s only been a week, M.I.A. has finally released another video. It’s for the song “Finally” and it’s awesome, just like M.I.A.

together PANGEA announced a new album today. Bulls and Roosters comes out on August 25th via Nettwerk, and it’s the LA band’s first release since 2015’s Tommy Stinson-produced The Phage EP, and its first full-length since 2014’s stellar Badillac. Enjoy the video for the first single, “Better Find Out,” it won’t eat up too much of your time. Stereogum has full track listing and cover art for Bulls and Roosters.

Minus the Bear have released a new video, for “Last Kiss,” check it out! Big new video day over here at the Roundup, eh?

SPIN just ranked their 30 favorite emo revival albums, and The Hotelier wins big! 2016’s Goodness is at #4, and the #1 emo revival album according to SPIN is their 2014 gem Home, Like NoPlace is There

Good news for the tried and true rockers out there in the audience, for Bob Seger is finally allowing his classic body of work to be streamed through all of our favorite services. So hit play below, crank it, and work on your night moves, baby! The Daily Riot Fest Roundup never forgets.

A couple of The Hold Steady‘s biggest fans got engaged during their set at Chicago’s Thalia Hall last night. #ChicagoSeemedEngagedLastNight

New Order posted a playlist in honor of the memory of last year’s fallen Member of Parliament.

I hope you enjoy my @great_together playlist: https://t.co/hmen6a5viG Wishing you and your neighbours a great time this weekend. pic.twitter.com/CxjvgxiR2Q

Prophets of Rage‘s Tom Morello has some Illinois FOMO in Switzerland.

Sorry to be missing #LibertyvilleDays this year but post show evening dip in this Swiss lake is some consolation pic.twitter.com/AeHWxUD3fs

You wouldn’t be able to tell from looking at him, but The Lawrence Arms‘ Brendan Kelly is getting old.

Nothing used to strike fear in me like going to bed. As a kid, it seemed like death practice and a waste of life. Now, it's all I wait for.

Taking Back Sunday has more videos for you, in case you haven’t gotten enough today.